So back to classroom biology!  We inherit 23 chromosomes from our father and 23 from our mother.  These chromosomes act as storehouses for our DNA, which contain our 23,000 or so genes.  Each gene codes for the production of a particular protein within the body.  Those proteins have important functions.

An example of this 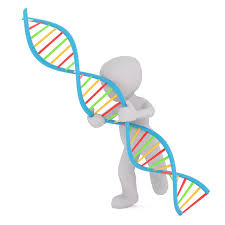 is the gene that codes for the production of the enzyme that degrades our stress hormones when the stressor has passed.

Another example is the gene that codes to produce the enzyme that helps us make nitric oxide to keep our blood vessels pliable.  Or the gene that codes for the break down homocysteine, which research suggests is implicated in cardiovascular disease.

The DNA that makes up our genes contains sequences but, as we are all different, so are our genes and we can have variations in those sequences.  These variations are called single nucleotide polymorphisms or SNPs (pronounced “snips”) for short! So when you hear people say they have this gene or that gene, they have a genetic variation.

The new paradigm shift in the way science looks at genes

Nutrigenomics looks at how a particular gene variant is behaving and how we can change that behaviour with certain nutrients.  This is an exciting and emerging field of science which is starting to show us that our genes are not our destiny.

Even more exciting is the field of epigenetics.  Research suggests that we can switch the expression (or behaviour) of our genes on or off through the environment we give them to live in, i.e. our internal environment.  In other words, our diet and our lifestyle can influence whether a particular gene variant is going to be damaging to us or not.

I have a particular gene variant – what should I do?

Those of you who know a little about this field may have already done some genetic testing and may have found out that you have certain SNPs.  But the trick is not to look at a particular SNP in isolation.  We need to consider the body as a whole, what other conditions someone might have, what medications they might be on and of course how these genes interact with each other.

Treating a particular SNP with a particular supplement is not a holistic approach and in some cases can actually do more harm than good.  For example, treating an MTFHR variant with methylfolate may be prudent in one individual but may have a completely different effect on someone else with the same variant.

Is genetic testing for me or not? 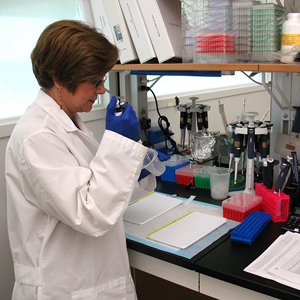 Many people are terrified to find out whether they have a particular gene variant as certain gene variants can indicate a higher risk of certain diseases.

However, the scientific field of epigenetics is now showing that by upregulating or downregulating certain genes through diet and lifestyle, we can change the way they behave.

So knowing that certain foods or lifestyle factors such as sleep, exercise and stress reduction can influence whether or not that particular gene variant expresses itself can be incredibly empowering and motivate us to change the way we approach what we ingest or how we live our lives for the better.

Genetic testing puts you back in control

Epigenetics puts us in the driver’s seat as opposed to the outdated model of thinking that taught us that our genes are our destiny, something which we fall prey to and can do nothing about.

Personally, I’d rather know if I had a gene that put me at a higher risk of heart disease if I ate a higher fat diet, for example, so that I could change my diet.

The ketogenic diet has been shown in research to have positive neurological effects, having been used as an effective treatment for epilepsy since the 1920s.  However, if I knew I had a gene that meant I was at higher risk of cholesterol, then I wouldn’t embark on a high fat ketogenic diet.

But genetic testing really shouldn’t take the place of making diet and lifestyle changes, which lay the foundations for health and wellbeing.  The next step would be functional lab testing and genetic testing would really be the last stage, enabling some fine-tuning of a nutritional and lifestyle programme.

So, the key message here is that we have more autonomy over our genes than we think. We have the ability to influence gene expression through our dietary and lifestyle choices.

And whilst it is well worth getting some testing done to establish what gene variants you have in order to prevent potentially chronic illness in the future, we still need to work on those lifestyle factors regardless of whether we have good genes or not, as our lifestyle factors can, as Dr Ben Lynch, N.D. says, “dirty” our genes!

Institut Pasteur .(2015). “Our epigenome is influenced by our habitat and lifestyle.” ScienceDaily.