In last month’s “Foundations of Health” blog series, I wrote about the importance of water for hydration.  This month, I’m taking a look at linseed tea.  Linseeds (also known as flaxseeds) are an excellent source of omega 3 fatty acids.  They are also rich in fibre.  But, most importantly, they have an amazing mucilaginous quality that, when made into linseed tea, allows the body to hold onto water.  In fact, linseed tea is one of the most hydrating drinks you can have, coming a close second to water itself!

Your body is made up of approximately 75 trillion cells, which need the best possible internal environment to live in to maintain optimal health.  Two things crucial to cell health are oil and water.  We need them both to run our body systems, just like a car!  So linseed tea is an excellent way to re-introduce oil and water to our cells.

Once our cells know that they are getting enough good quality hydration, they can start to release toxins, as long as our routes of elimination are working properly (lovely fluid lymph drainage, fluid blood flow, good liver detoxification processes, good bile production and good elimination via our bowels twice a day).

This is incredibly important for reducing inflammation, which is implicated in pretty much every health condition, including chronic pain, fibromyalgia, chronic fatigue syndrome, cysts, fibroids, endometriosis, neurological conditions such as Alzheimer’s and Parkinson’s, etc.

How to drink linseeds 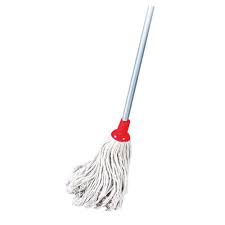 You can also drink the seeds whole, which will introduce fibre to bulk out your stools so that you can eliminate more waste as the linseeds gently cleanse the intestinal wall like a mop!  They will pass through whole, so don’t be alarmed if you see them reappear in the toilet!

Because they are so good at hydrating, they really offer a soothing message to our cells, to such an extent that drinking 1 litre of linseed tea a day can actually have a profound effect on anxiety and panic attacks!  I call it liquid Valium because of its calming, soothing effects.

How to make linseed tea

You can increase the amount of linseeds to make a thicker tea (I find the thicker tea more soothing) or reduce them to make a thinner liquid which some people find more palatable.  If making it the traditional way, you can make a batch and store it in glass bottles / jars for up to 3 days in the fridge. 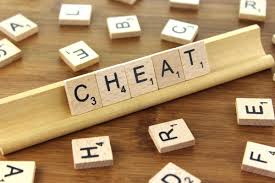 So, for the cheat method, when you wake up get yourself a litre stainless steel flask (not plastic due to its toxicity), pop 2 tbsp linseeds in, fill the flask to the top with boiling filtered water, pop the lid on and leave for 6-8 hours.  When you’ve let it “brew” for a few hours, sip throughout the day, drinking the seeds whole for their cleansing effect.

The traditional method involves a large stainless steel pan, filled with about 2 or 3 litres of cold filtered water.  I use 6 tbsp linseeds for a thick tea, you might want to start off with 3 or 4 and see how you like the consistency.  Better to start low and build up as many people find the thinner it is, the more palatable.  Bring the seeds and water almost to the boil but as soon as you see it starting to boil, switch the hob off as it can overflow very quickly, leaving a gloopy mess all over your cooker!  Leave it to sit for 6-8 hours later (or overnight).  Then simmer it on a low heat for an hour.  After an hour, it’s ready to drain the seeds away and drink.  It’s easier to drain the seeds once it is still hot as it gets more mucilaginous when it cools.  Once cooled, it can be stored in glass containers in the fridge for up to 3 days.