Migraines can be caused by a number of factors, but ultimately migraines indicate a state of dehydration and toxicity at head level.

So in order to start treating migraines, you must be hydrating adequately on a daily basis.  Check out my blog on hydration for a starting point.

Food intolerances can also play a part and certain foods are highly inflammatory, such as gluten, dairy and sugar. So, 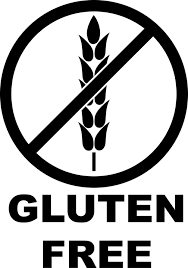 Of particular note are a group of substances called “amines”.  Foods high in amines include caffeine, cheese, citrus fruits, chocolate, wine, fermented foods and even foods such as spinach, tomatoes and avocados.  Some people may have too much histamine in their system so that any additional amines cause the bucket to overflow, if you like.

Other people may not have the enzymes to break down histamine. This could be due to pathogenic bacteria or parasites. It could also be due to an overgrowth of bacteria in the small intestine impairing the production of enzymes or as a result of certain genetic variations.  All of this can be analysed through lab testing, but ultimately the approach is the same.  Hydrate, eliminate toxins as much as possible and open up the body’s detoxification pathways through naturopathic techniques.  Some people may benefit from taking supplementary diamine oxidase but it is quite hard to get hold of in the UK and is not a cure all for everyone, giving that histamine intolerance can have a variety of different causes. 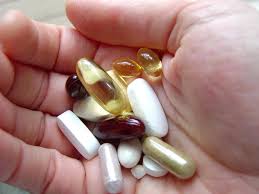 Certain supplements can help immensely, such as magnesium, butterbur, feverfew, Coenzyme Q10, Vitamin B2 and the vitamins involved with methylation (B12, folate and B6).  Again, this also depends on the cause.  If someone cannot detoxify effectively (has problems with methylation), then that’s where the methylation supplements come into use.

Magnesium is always implicated in migraines and I would suggest taking a well-absorbed form such as magnesium citrate.  However, a caveat with magnesium is that it can start to push waste and toxins from the cell, so if the body’s pathways of elimination (bowel, liver, blood, lymph, etc) are not working as effectively as they could be, going in with large doses of magnesium can be counter-productive, so again a holistic programme working on opening up the routes of elimination, hydrating, removing inflammatory foods, etc is recommended, as opposed to just blindly taking supplements without understanding what’s going on in your own individual body.

Mauskop A, Varughese J. (2012). Why all migraine patients should be treated with magnesium.